Union Cabinet has approved the proposal for the National Recruitment Agency which is going to conduct a Common Eligibility Test (CET) for recruitment in all non gazetted posts of Central Government and all public sector banks.

Let’s try to decode this move of the government, why it has been done, how it is going to affect the government job aspirants, who will be befitted with this, what are gazetted and non gazetted posts and so on. We’ll be starting with the basic question about NRA

Though the process is not yet cleared by the committee. But, a test center was proposed to be set up in every district, particularly Aspirational districts.

All the non-gazetted posts of Group B and C are included in the NRA. Most of the Railways, SSC, Banks and all other sectors will be able to refer to the NRA for their recruitment.

Difference between Gazetted and Non-Gazetted posts

Officers falling under the category of class III and IV are not gazetted. They do not have the personal authority to issue an official stamp on behalf of the Government. However, Gazetted Officers are executive or managerial level ranked public servants. They derive the authority to issue an official stamp from the President of India or the Governors of States. To that effect, they are de jure representatives and delegates of the Indian State and the President.

Method of Test and eligibility criteria

One examination for all, as the name signifies. There will be a single examination for most of the central government exams. The public sector banks are already using the same platform for their clerical and Probationary posts. Similarly, the exam conducted by NRA has no bar on the number of attempts. A scorecard will be generated after taking the examination which has 3 years validity. Currently, NRA will be conducting the examination for SSC, IBPS and RRB only.

Why NRA is needed?

We are already aware of the SSC recruitment scam which has destroyed the lives of lacs of aspirants. SSC being an independent recruiting agency was blamed by the aspirants for the massive scam, students demanded to bar SSC from conducting any examination until the CBI probe is over. It is fascinating to see more than one crore youngsters appear for the SSC exams every year.

According to the SSC Annual Report 2015-16, almost 1.5 crore candidates have applied for the eight main exams under the SSC. 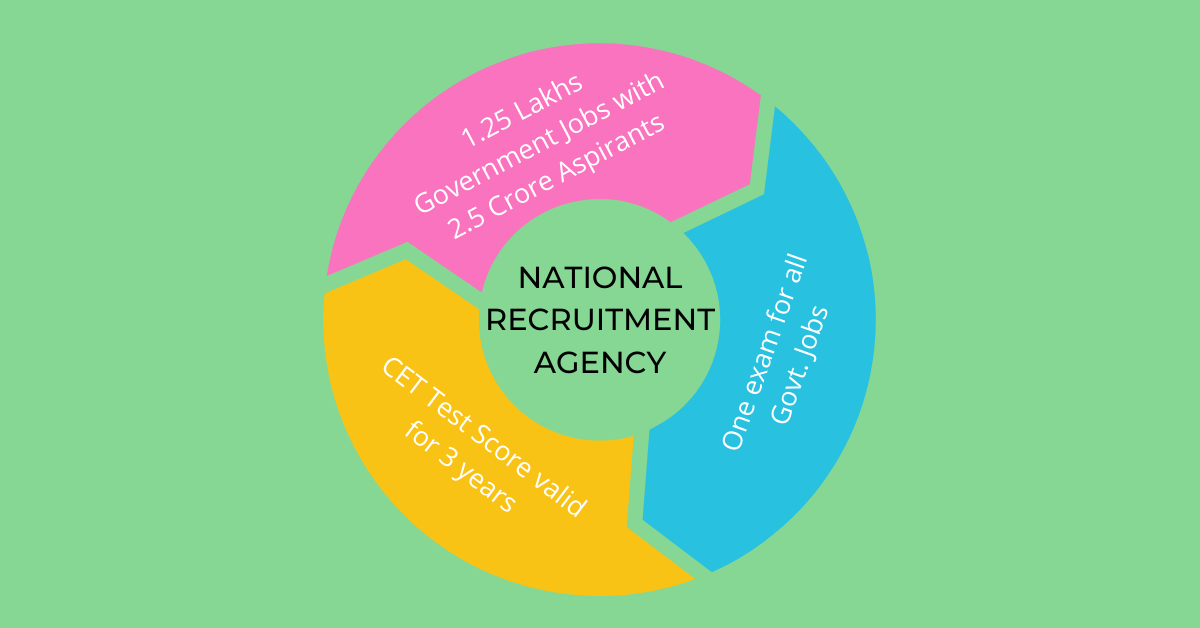 Is NRA really worth it?

The government’s move to set up the NRA is quite futuristic. But if we go through the present condition of various recruitment agencies aspirants have to pray that the NRA will successfully manage the process without the involvement of corruption.